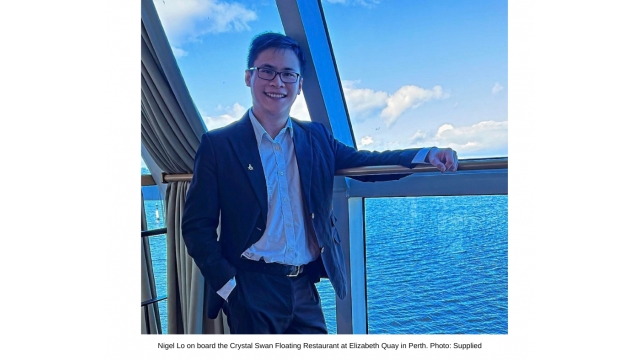 Nigel Lo stands on the second floor deck of Perth’s luxurious Crystal Swan floating restaurant flanked by two of his colleagues. The Perth office of the distinguished Malaysian law firm, which he co-founded has booked out the entire premises in anticipation of the young lawyer’s upcoming 30th birthday celebration where only a handful of his closest friends, clients and confidants will be present. Shortly after, the operations manager returns with a form confirming the itinerary on the night of the private and exclusive dinner cruise. It would be a night to remember with free flowing fusion buffet, drinks, a privately hired DJ and photographer all in attendance to service the 76 anticipated guests.

The young lawyer who was featured as the youngest ever Managing Partner in South East Asia specialises in private mergers and acquisitions and was responsible for leading the recent demerger of a 18-year old South Fremantle health retailer which his firm acquired through a subsidiary just six months ago. His firm boasts a client list that includes some of Malaysia’s most elite high net worth families and lawmakers. A voracious networker now residing in Western Australia after migrating from his hometown Malaysia, he has been photographed at private events with former Liberal Prime Ministers Tony Abbott, Malcolm Turnbull and Scott Morrison and former long serving Perth Lord Mayor Lisa Scaffidi.

In Malaysia, his family’s deep connection into the Malaysian establishment has allowed him to rub shoulders with politicians and lawmakers from both state and federal politics.

To those who know him best, his style is blunt and has even been described as vicious by those close to him, intolerant of dissent but beneath this demeanour was a deeply caring, loyal friend and mentor.

“As I reflect on my time in my last week as a twenty-something lawyer, what obviously comes to mind are the challenges faced by our state, our country and the world over the course of the last year. In no particular order, we have faced (and continue to do so) a worldwide pandemic and an economic crisis in the backdrop of increasing inequality. Lawyers around the globe have confronted these challenges head-on, in varying capacities, and have led in order to carry us through them. What has been somewhat lost in all the crisis and chaos of the past year are the personal and professional challenges and sacrifices lawyers, and especially young lawyers, have had to endure, and continue to endure, through it all.”

“As if all that were not enough, the pandemic and corresponding economic crisis have created serious financial issues. Many people, professionals even lawyers included, have seen reduced work and income during the pandemic; some have lost their jobs altogether, putting a financial strain on those individuals and families. Now more than ever, law practice needs to evolve.”

He encourages younger lawyers to leave traditional employment where feasible and to take the plunge to starting their own firm.

“The traditional law firm remuneration model is broken. At GLP, our staff are paid a base salary and take home generous commissions based on their billings, regardless of rank. Our people are allowed to control their time and remote work is encouraged as long as KPIs continue to be met each quarter. For us it is important that the next generation of lawyers and law graduates coming into GLP will be trained to develop not only a commercial acumen when working with clients, but to be communal stalwarts making moves that influence the people and organisations around us”.