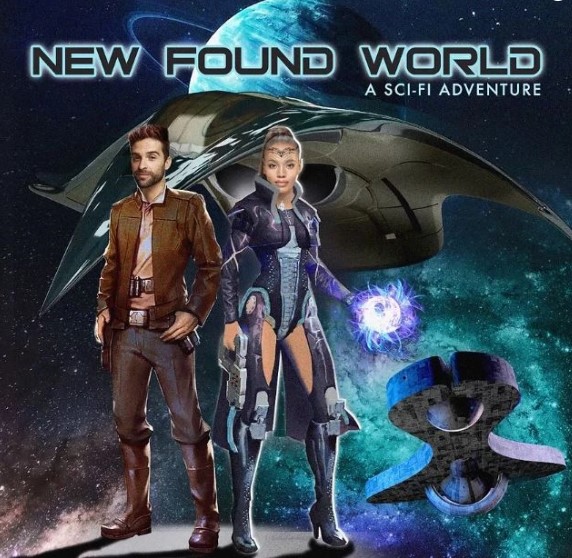 Hollywood, California Aug 3, 2022 (Issuewire.com) – Los Angeles film producers Pamela Richardson and Al Franklin have teamed up to write and produce a new sci-fi feature film based on an original screenplay they wrote. The film project is slated as “New Found World”, and it has a completed script that defines the magnitude of the film’s storyline in terms of a potential blockbuster feature.

As Southern California-based professional producers, Richardson and Franklin have solid experience in script writing and film production of quality projects.

As a professional screenwriter and filmmaker, Pamela Richardson shared this about the film project: “Working in film and TV is a long journey but a very rewarding one when you see something you created come to life. I don’t see people like me other than Ava Duvernay directing films like ‘New Found World’. We all know that a film takes a village, so as long as Black women are surrounded by professionals with the goal of making a good project, there’s no reason why we shouldn’t get those opportunities. Less experienced men have gotten those opportunities just because they are male. We need to change that. Making ‘New Found World’ the success we know it’ll be, will prove that marketable content should be accepted by whoever creates it.”

Richardson and Franklin are currently in the position to present their project to select investors to move into full production. The duo is confident about the impact that this film will have on sci-fi fans with its engaging storyline, multicultural casting structure, and unique positioning of women in power roles in the genre of science fiction films.

Pamela Richardson is the founder of the film production company, Brass Ring Enterprises. In 2021, the director/writer/producer’s screenplay, version of “TAL JONES: A Black Oil Legacy” won Best Screenplay in the Los Angeles Independent Film Festival Awards and Best Adapted Screenplay in the Las Vegas Black and placed in several other screenwriting competitions. Her documentary film, “GOLD DIGGIN’: For Love of Money” was re-released on Tubi-TV in May this year.

Al Franklin is the president and founder of Diamond Tower entertainment, a production company specializing in the production of feature films, video production, and professional marketing. His long list of accomplishments spans three decades and includes producing and/ or promoting national concert tours in association with Louis Grey, Norby Walters, and Al Haymon.

Yiwu, Zhejiang, CN – Paradise Fashion Factory is a wholesale provider of high-quality jewelry made with rhinestones and cubic zirconia, suitable for hair and fashion...

The online store now offers a diverse supply of packaging materials for moving and shipping purposes. The company, which has over 20 years of experience,...

FoodBrewsBoozeMarketing.com has expanded its services to provide Tarpon Springs restaurants with an effective solution to improve their digital presence, reputation, and overall marketing ROI. More...

This brief but powerful book is a must-have resource for any Financial Professional (Financial Advisor, Insurance Producer, or CPA) who is looking to understand how...